Most Popular Types Of Asian Massage 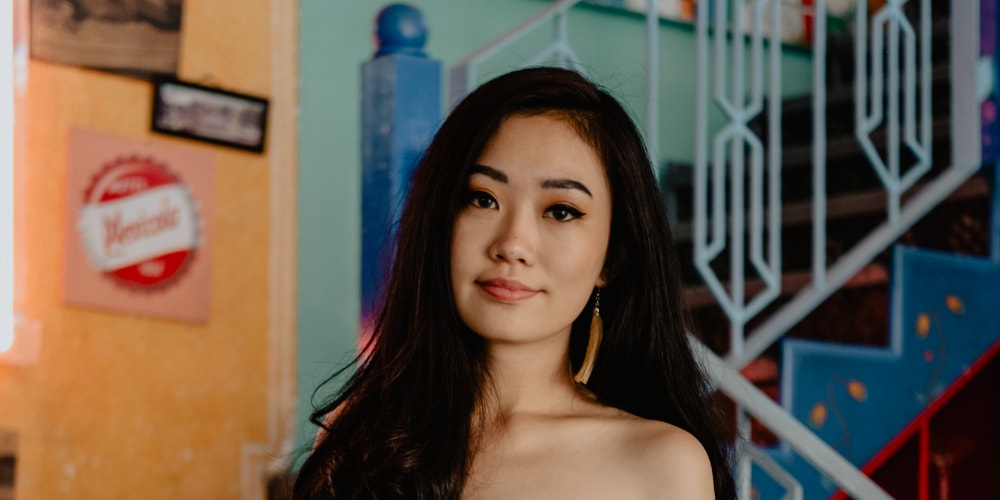 The question of when and where massage was invented is often debated - and one which will probably never be answered fully. There is little doubt however, that Asian massage styles are some of the world’s most widely practiced and popular.

What is Asian massage?

Asian massage refers to any type of massage therapy which originated from the continent of Asia.


Asia is the largest and most highly populated continent on Earth. According to the United Nations, Asia comprises 48 countries and is home to over 60 per cent of the world’s population. It is a real hotpot of history, culture and diversity.

Asia is not only geographically diverse but also culturally. It includes ways of life from nations as different as Russia to Saudi Arabia. However, most people generally associate Asian products and services with China, India, Japan or Thailand. It is largely the same when it comes to massage. Therapeutic massages from these four major Asian countries feature amongst the highest regarded and most popular styles in the world.

In the West, massage is often referred to as a complementary or alternative remedy. In Asia, on the other hand, massage therapy very much forms an integral part of the core medicinal system.

Many forms of Asian massage centre on the underlying principle that life forms include not only physiological aspects but also something known as vital energy. For a healthy existence, this inherent vital energy should be free flowing and balanced. Various external factors, such as mental anxiety or poor diet, adversely affect your vital force energy and this can consequentially lead to weakened health and unhappiness. Appropriately performed massage, along certain zones of the body (known as meridian lines) can help restore the correct balance and flow of energy. Good health achieved from regular massage - what a wonderful thought.

Depending on which part of Asia you are in, you may hear the teachings of vital energy variously referred to as Qi, Chi and Yin & Yang (in Japan and China); as Pranas or Chakras (in India); or as rūḥ and ruah (in Arab regions). So whether you are getting a Japanese massage or Arabic massage, your masseuse has probably been taught to deliver her physical movements in line with philosophies of vital force energy.

Probably the most well known type of Japanese massage is Shiatsu. This popular acupressure style of therapy was created in Japan at the turn of the 20th century and is delivered using the soft parts of the tips of the fingers and palms. Now well established throughout the world, Japan’s own Ministry of Health officially recognised Shiatsu massage as a treatment that can maintain your body’s health.

Shiatsu is ideally performed by a trained massage therapist. There are also various electric handheld massager device available on the market. These usually deliver a Shiatsu-style pressure therapy using moulded rubber nodules. To effectively use these electric massagers, the user still needs to have the knowledge about where to apply the device. Ensuring the therapy is applied to precisely the correct zones on the body is critical.

Even though this treatment is called Thai massage nowadays, most people are surprised to learn that a doctor from northern India first formulated this style of massage. It is believed to have been created around 2,500 years ago from the time of Buddha. Today, Thailand is widely accepted as the centre of excellence for this form of massage with its famous Wat Pho school of massage leading the way in training new therapists.

There are several main forms of Thai massage. One key distinction between the various forms is whether the treatment is performed 'dry' or 'wet'. Dry Thai massage is performed without oil. The recipient remains clothed but it is recommended that you wear loose fitting items made from natural fibres which let your body breathe and have flexibility of movement. The type of therapy focuses mainly on bending and stretching the body and can include some quite extreme positions. If you have never had one before you may be slightly surprised by the extent of movements including ones which may cause various cracking and popping sounds from your body! Because of this it is very important to ensure your therapist is appropriately qualified and experienced.

The other branch of Thai massage is delivered using oil. In the West it is often called a Thai-Oil Combo massage and is a mix between Swedish massage with gentle Thai and Yoga stretching techniques.

One of the oldest forms of massage, Chinese massage techniques have been practiced since over 4,000 years ago. The two main branches of Chinese therapeutic massage are ‘tui na’ and ‘zhi ya’. Of these two distinct forms, tui na is the closer to classic European massage styles such as classic massage and deep tissue massage. Pettrisage type movements such as kneading, pushing and pulling are used extensively in Tui Na massage. Zhi ya massage on the other hand, focuses more on pressing and pinching movements, akin to reflexology, acupressure and Shiatsu massages.

Most Asian massages contain influences from the various parts of Asia. Traditional Ayurveda philosophy teaches that a well operating digestive system is absolutely key to good health. Chi Nei Tsang is an abdominal focussed massage which blends Thai and Chinese techniques. The therapist works primarily on your stomach area with deep but gentle flowing movements. The aim is to detoxify and rebalance your internal digestive system through massage therapy.

Reflexology has been gaining popularity in the West for the last 50 years. Massaging feet has however been a second nature in Asia for thousands of years. Walk the streets of India and you will often see people just sitting at the side of the road massaging their own feet as part of their daily care routines.

There are many variations of foot massage throughout Asia but the fundamental doctrines are the same as those taught in reflexology. Your feet contain distinct zones which directly correspond to your body’s various vital organs. Correctly applied pressure onto these zones can help to clear vital energy blockages in the corresponding organs. Once blockages are cleared, your organs function better and you feel healthier.

As well as their hands, Asian massage therapists may use special instruments, such as Thai Foot Massage Sticks to massage the feet. The jury is out on whether hands or sticks are better for the recipient. Our personal opinion is that the sticks tend to feel more painful, probably because your masseuse is less directly connected with your body. Therapists often prefer sticks as it means their hands hurt less as a result of doing many repetitive treatments throughout their career. Repetitive Strain Injury doesn't just affect keyboard users!

This is one of the oldest forms of massage and still being widely practiced today. It is based on traditional Ayurveda philosophies of health and wellness. Many variations of Ayurvedic massage are practiced throughout India with two of its most popular forms, Abhyanga and Pizhichil, having travelled around the globe to many of the rest of the world’s most exclusive luxury spas and wellness retreats.

Ayurvedic massage remains very popular in Asia and forms the basis of many other types of Asian massage. It is still relatively unknown in the Western hemisphere. Even those who are lucky enough to have received Ayurvedic therapy are sometimes not aware of its interesting underlying facts.

A hugely popular massage and one that we have incorporated into our very own Jet Lag massage. This head, scalp and neck massage uses acupressure style techniques to clear blockages and provide relief from stress and anxiety whilst bringing a general sense of calm to the environment around you.

Cupping therapy is a significantly different style of massage to all the others mentioned here. It often surprises the unacquainted as it is quite an extreme treatment. Using the mouth of glass or silicone cups, a cupping therapist will place various cups on your body. These are then heated to create a vacuum. Over a period of around 5 to 10 minutes this causes your skin to be sucked up slightly into the cup. The idea is that the resulting movement of blood helps to release built up muscle tension and reduce aches and pains.

The treated area usually looks quite unattractive immediately after a treatment. You will most likely have red round circles in the areas where the cups were placed. This is reflective of the blood which will have rushed to these areas during the therapy. The red marks should dissipate after a short while, although some people find they remain for a day or so. It is not proven whether this massage style originated in ancient China or ancient Egypt. If Egypt, then it is not strictly Asian. However, cupping therapy is certainly widely practiced in Asia and continues to gain popularity in the West, including amongst celebrities. Stars always seem to love the weird and wonderful!

The two most popular massages originating from Indonesia are Javanese massage and Balinese massage.

The first is from Java on Indonesia's mainland, a region which is also world famous for its coffee beans. Javanese massage is a strong and vigorous therapy. The masseuse uses her whole hand, including knuckles, to massage very deep into the body. This is not a style for the faint hearted. It is usually performed to target injuries, muscle aches and joint pain. It is also popular with women looking to lose excess retained body fluids. In many ways its European counterparts are Sports massage and Lymphatic Drainage. Javanese massage is however usually stronger and more aggressively applied.

Indonesia's from relaxing style is from Bali, the much sought after island retreat which is very popular those seeking total bliss. Balinese massage uses aromatic essential oils and gentle yoga type stretching movements together with effleurage, kneading and relaxing rolling techniques. Think of it as a mix between Ayurvedic massage, Thai-yoga stretching and relaxing Swedish aromatherapy massage. A perfect treat on the beach for honeymooners!

And finally, the term 'Oriental'

We sometimes receive enquiries about which types of oriental massage we offer. Historically the word oriental was commonly used to describe people from the East and Southeast of Asia. The Latin word "Oriens" literally meaning ‘rise’ and references to the sun rising in the east are the roots of the words oriental. Nowadays however, many people feel some offence at that term. It is generally considered more appropriate to refer to people and things from Asia as Asian. 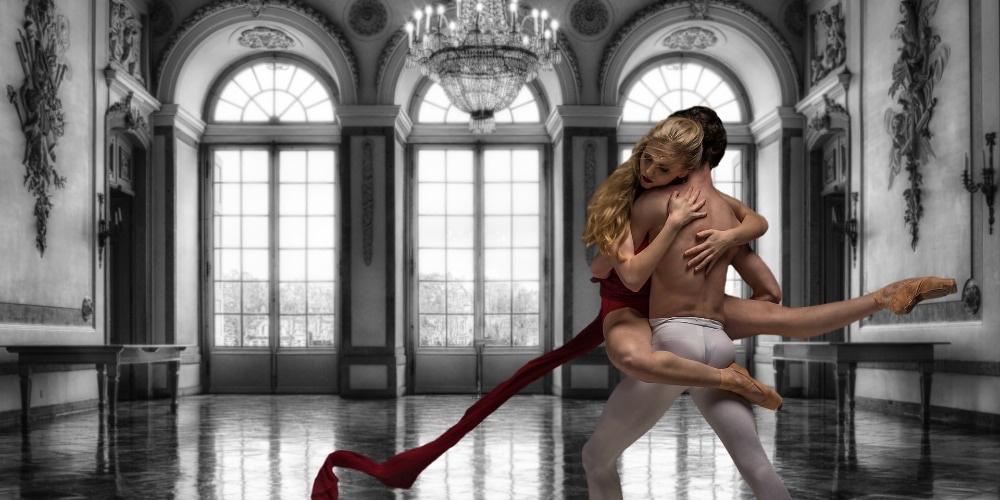 What Dance and Massage Have In Common
Flowing, harmonious and graceful could describe a dance routine o... 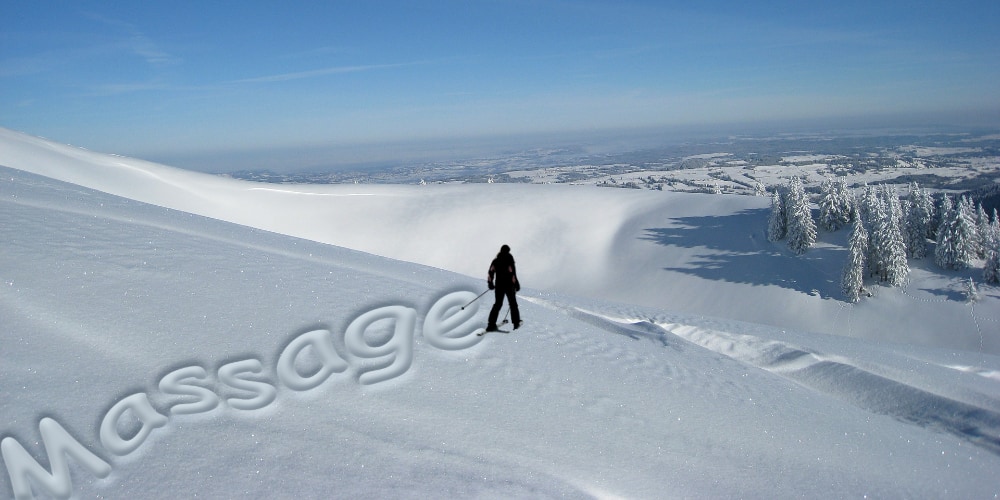 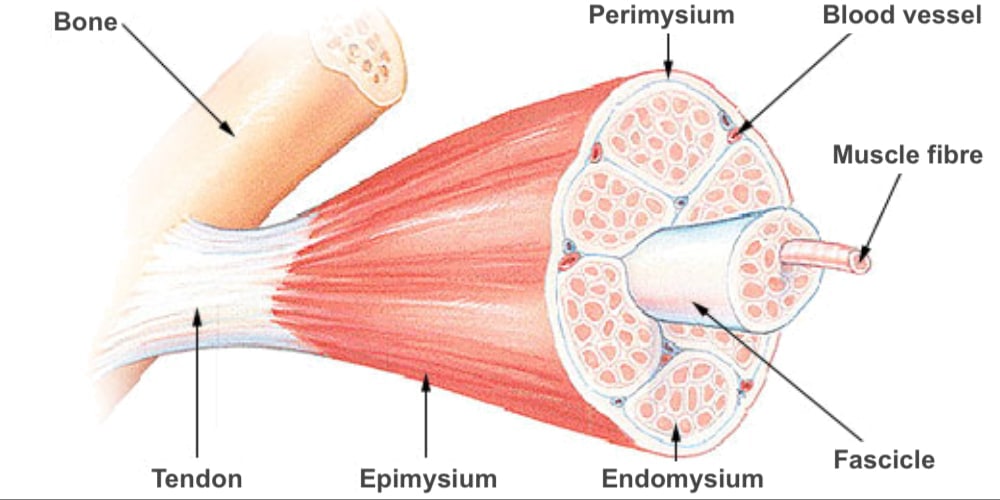 What’s A Knot and What’s Not A Knot?
WFH is the perfect breeding ground for painful muscle knots.